Piggy banks have long served as a symbol of financial prudence and savings, a place to deposit pocket change and hold it for a rainy day. But what if fiat coins aren’t the best stores of value after all? For Jim, the creator of Opendime-powered company BitPiggys, these novelty banks clearly needed an introduction to Bitcoin.

Bitcoin has always been appreciated by its adopters for its uncensorable and non-confiscatable nature. While many government-backed currencies can undergo unpredictable inflation or other manipulations, Satoshi’s invention is steady and robust. So, when it comes to storing a valuable, in-demand asset for times of greater adoption, bitcoin and piggy banks might be the perfect match.

When Jim (also known as FF2K or @fartface2000 on Twitter) created BitPiggys, he definitely had the extended, sound-money qualities of Bitcoin in mind. The New Jersey entrepreneur, who also holds the distinction of being the first recipient of Hodlonaut’s #LNTrustChain, took on the principle of skeuomorphism by bringing something natively digital into the tangible world. The resulting product is a combination of good old piggy banks and the technology provided by an Opendime USB stick, which generates public keys without revealing the private key.

“It was around the time that Coinstar announced that they would be selling bitcoin at their change machines, I just thought how great would it be to be able to collect change and convert it to bitcoin,” Jim told Bitcoin Magazine. “And then I started to think about a piggy bank. I think I tweeted something in reference to it in January of 2019, just kind of putting the idea out there.” 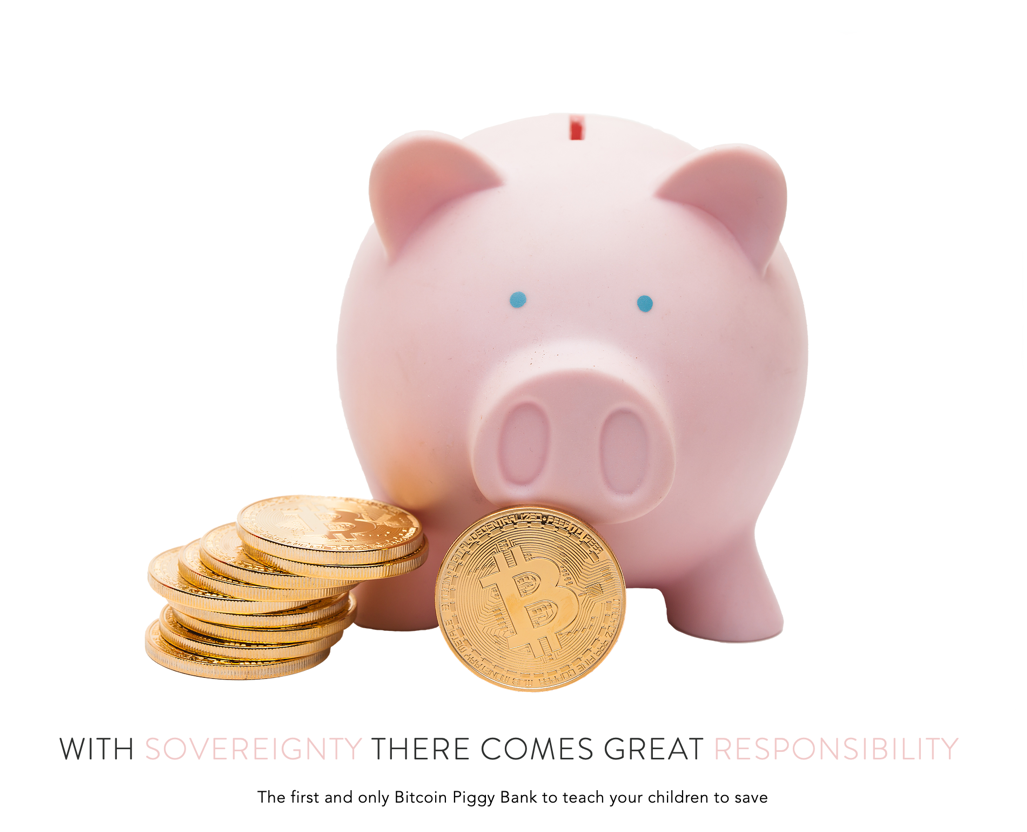 As an educational tool, BitPiggys teaches kids how to be responsible with their finances.

The initiative has caught the attention of some significant community members who saw value in the idea of creating piggy banks for children who want to start saving: “Mr. Hodl encouraged me, along with NVK, Mike In Space and Adam Meister — all of which I was listening and learning from,” Jim said.

Interestingly, the Opendime USB device itself is advertised as a piggy bank, as its features very much resemble those of the ceramic or plastic swine that holds your coins. You can keep on adding money to them without being able to spend it — it’s only the process of opening up the piggy that gives you complete control over the funds (in the case of the hardware device, “opening up” can be thought of as revealing the private key). 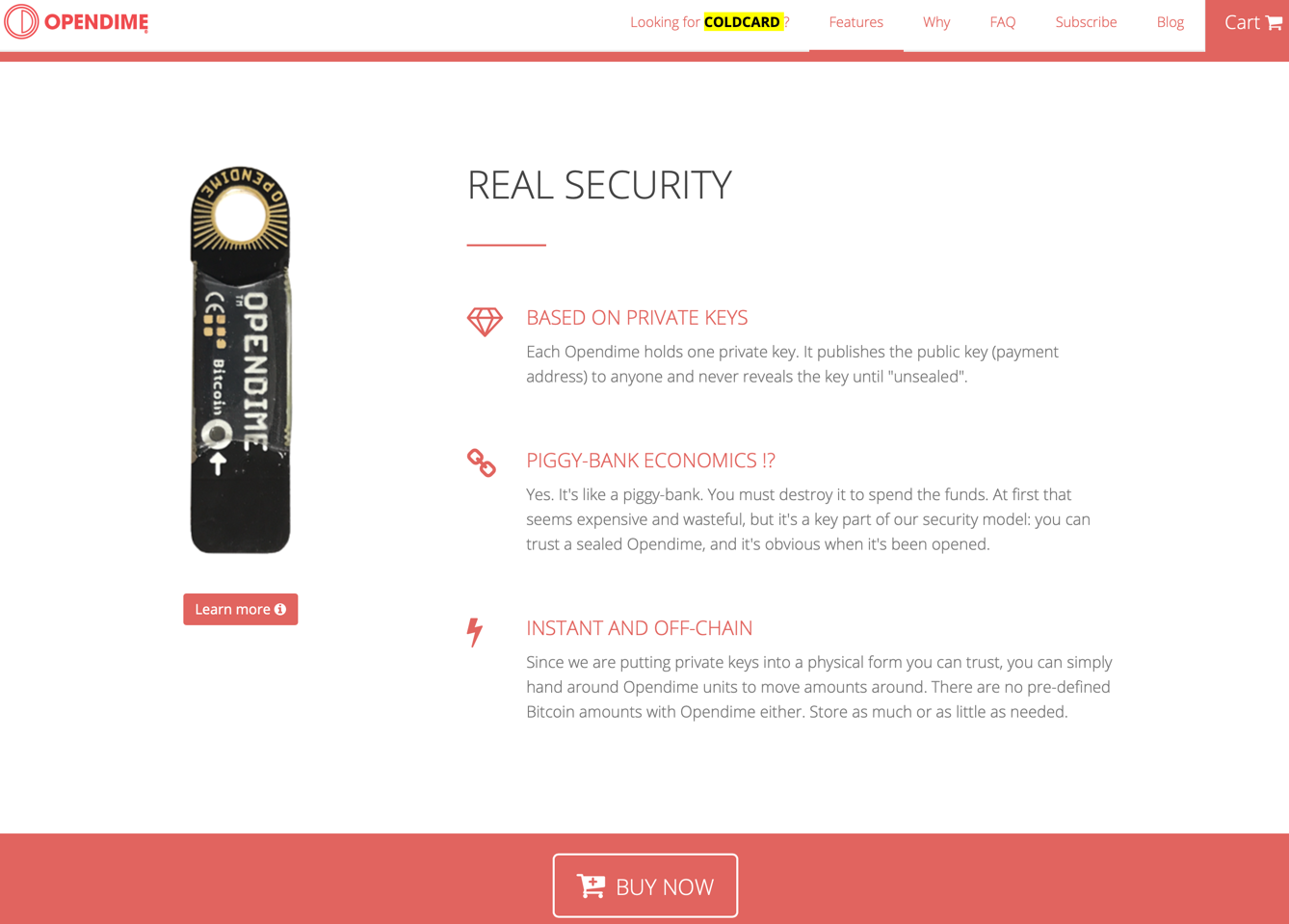 As a product, Opendime is designed to operate like a piggy bank. The brilliance of BitPiggys is in the skeuomorphic approach.

Jim’s innovation hinged on turning this description into a physical representation that’s easy to understand for young “first coiners.” Just as the first versions of the iPhone’s operating system featured app icons and interfaces which looked just like their tangible counterparts (the notepad had lines and the media library was positioned on a shelf), BitPiggys integrates a novel concept onto something known and time tested.

When talking about his approach to skeuomorphism, Jim mentioned that “the BitPiggy is actually just a figurine, the actual brains of the package is the Opendime. It allows me to produce a unique public key without exposing the private key, so I can print up corresponding QR codes and the Bitpiggy/Opendime owner can physically verify that the Opendime is sealed and safe to deposit funds.”

Children will be able to stack satoshis without having to operate other user interfaces, and they can be taught how to check their balance by using a block explorer or full node when they grow up. Furthermore, the fact that sats on an Opendime are harder to spend than quarters means that time preference education is included as part of the process.

“My target audience is actually existing bitcoiners who want to introduce their pre-coiner friends to accumulating sound money,” said Jim. “The responsibility of having kids and saving for their future will make you learn anything. It’s an easy first step to get them interested.” 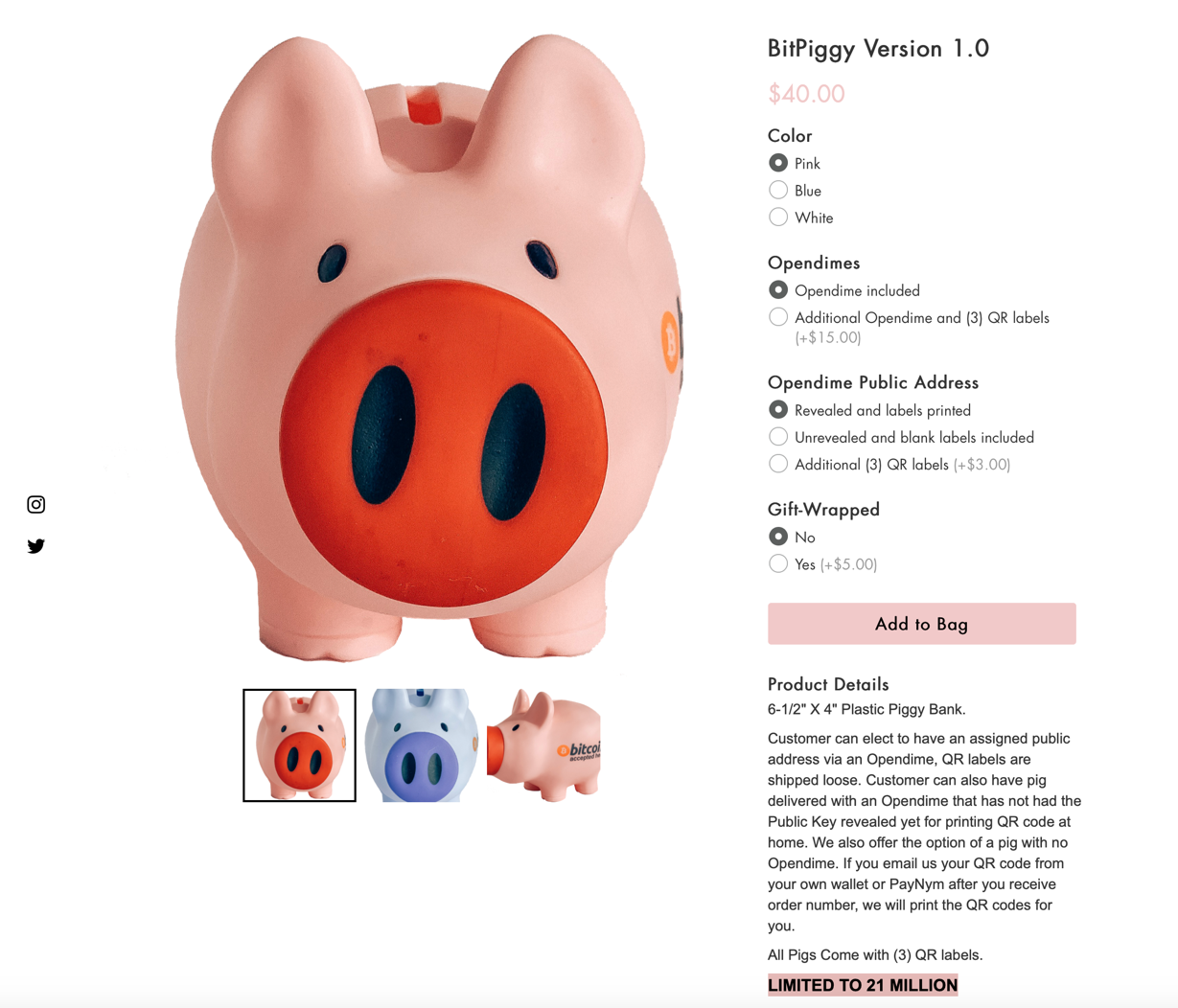 Interestingly, the supply of piggies is limited to 21 million.

At press time, the first prototype of the BitPiggy (named “Version 1.0”) is sold for $40 on the company’s website. In comparison, a three-pack of Opendimes costs $44.97, which means that the profit for the design and labor of the piggy is minimal. However, extra revenue is brought by opting in for features such as the inclusion of an additional Opendime and 3 QR labels, as well as the gift wrapping. If you already own the hardware device and just want to order the colorful swine, then you may also pursue this DIY approach.

Jim noted that feedback, so far, has been minimal, “but mostly positive. The product is supposed to be fun and educational. I hope that it encourages the owners to learn more about Bitcoin.”

The BigPiggys creator has some clear ideas about the ways in which the Opendime-powered piggy banks can be improved. He wants the product to generate a different address each time with the help of something like BTCPay Server and eventually include full node integration.

“I would hope that in the future, a company that produces a turn-key node like Casa or Nodl will offer a piggy bank as a device that communicates with your node,” he said. “It would be great if it could generate new addresses on every deposit and verify all transactions via your node. Even better if there was a kid-friendly ‘watch-only’ wallet app that enabled setting goals and checking savings.”

Jim has plans in the works to distribute his piggies all across Europe. Furthermore, the American bitcoiner sees potential in BitPiggys beyond personal profits and regards it as an educational tool for the next generation: “The goal of BitPiggys is to get some satoshis in the next generation’s hands, so they can be in a position to hopefully make better financial decisions for themselves in the future. This will help all of society.”

We get happier as we get older. (Part 2 of...
Wooden Play Phone DIY