THOTH Tablets are impermeable, resistant to all elements, corrosion, and acids. In fact, the atomic and cellular structure is fixed, and no change can occur, thus violating the material law of ionization. The tablets are engraved with characters written in the old Atlantean language, as some researchers claim, and if these tabs are deciphered, they offer a lot of wisdom. 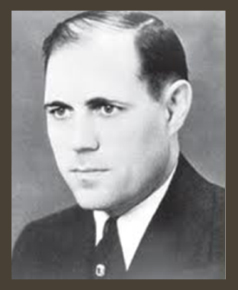 Dr. M. Doreal, founder of Brotherhood of the White Temple

Dr. Michael Doreal, who was part of a Freemasonry organization called the “White Temple Fraternity,” translated the twelve tabs; He would divide the 12 into thirteen for convenience. These tabs were published somewhere in the 1930s, and they created a lot of sensation then.

When the Thoth Atlantis (or “Hermes Trismegistus”) raised the people of Khem (Egypt) to the rank of a great civilization, and when it was time for him to leave Egypt, he raised the Great Pyramid at the entrance of the Great Hall of Amenti.

In the pyramid, he hid the recordings and put guards in order to keep his secrets. Later, the descendants of these guardians became the priests of the pyramid, while Thoth was deified as the god of wisdom, the “keeper”, by those who followed him.

In the legend, “Halls of Amenti” have become the world beyond, “The Halls of the Gods,” the place where the soul passes after death to judgment. In the latter times, Thoth’s spirit passed through the bodies of men, as described in the Emerald Tablets, a book of occult wisdom. 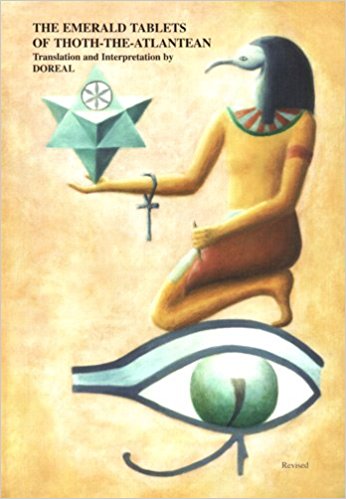 The history of the Emerald Tablets is strange and beyond the belief of modern scientists.

Thoth is the one who built the Great Pyramid in Giza. Nearly 16,000 years he led the ancient race of Egypt, between 52,000 BC. Up to 36,000 BC, during which he reincarnated many times and left behind documents of inestimable spiritual value.

Thoth was an Atlantic priest-king who founded a colony in Ancient Egypt after the sinking of his mother-country, Atlantis. He was immortal because he had gone into other planes of existence through dematerialisation, and the wisdom of immortality made him ruler over the Atlantic colonies.

Named by the Egyptians the God of Wisdom

Thoth built the Great Pyramid across the Great Hall of the Amenti (the world beyond, the gods where the soul of death passed), including the knowledge of the ancient wisdom, writings and instruments of the old Atlantean, and named the most trusted His men to guard them – the priests of the Pyramid (they declared Thoth the God of Wisdom). The Great Pyramid was a temple of initiation, and among those who gathered wisdom in this place are Jesus, Solomon, and Apollonius.

The Atlantean Writing Is An Indestructible Alloy 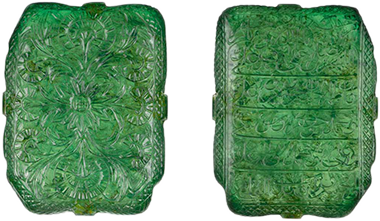 The tablets are of green emerald, very resistant to any element, made of an alchemical transmuted substance and with a fixed atomic and cellular structure. On them are engraved characters from the old Atlantic language, which reacts to the brain waves emitted by the brain of the reader, releasing the associated mental vibration in the mind of the reader. The tablets are attached to each other with rings made of a gold-colored alloy, hung by a rod of the same material.

Treasures Hidden In The Mayan Temples 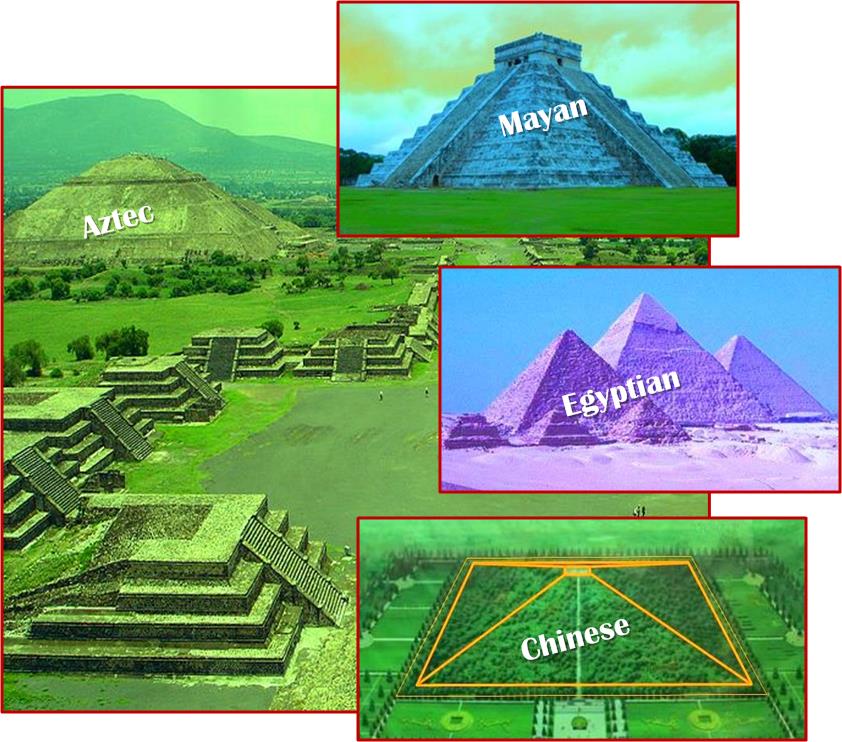 Almost 1,300 years BC Egypt was boiling, and many delegations of priests were sent to different parts of the world. Among these were the priests of the Great Pyramid, who wore the emerald tablets as a talisman. With their help, they could exercise some authority over the priests in the other Atlantean colonies (these tablets empowered the bearer with Thoth’s authority).
The priests emigrated to South America, where they found the Mayans, a thriving people, and stayed there. In the 10th century, the Mayans colonized the Yucatan Peninsula, and the tablets were placed under the altar of one of the temples dedicated to the Sun God.
After the conquest of the Mayans by the Spaniards, the cities were abandoned, and the treasures remained hidden in the temples.

A Brief Summary Of The THOTH Emerald Tablets: 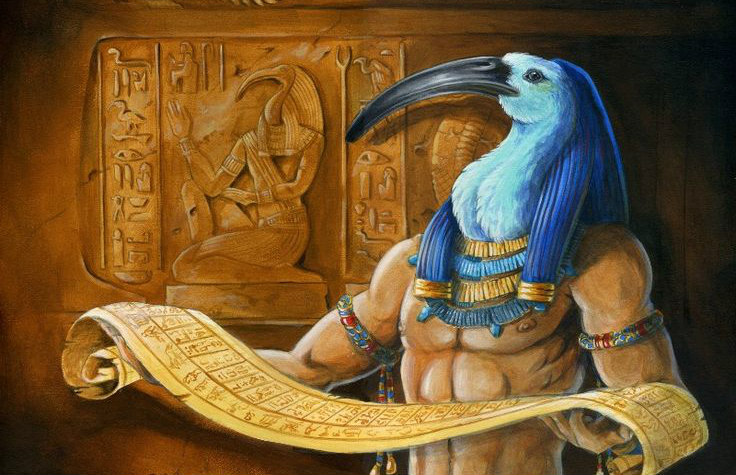 Next, we will look more closely at Enoch’s Book. 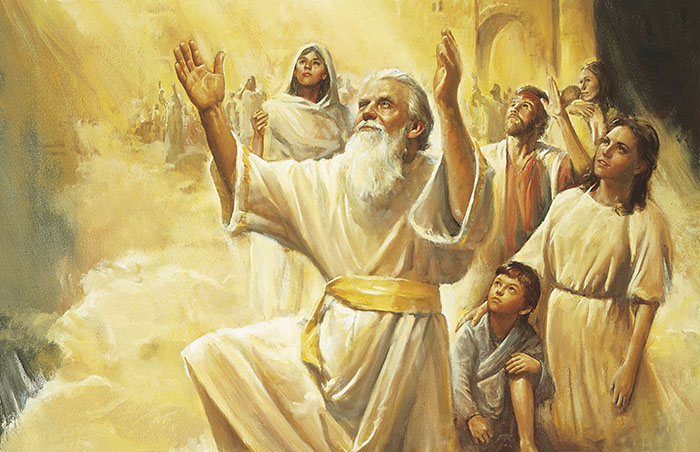 Enoch and the city of Zion

This is and will remain one of the favorite characters of the researchers and, last but not least, one of the most controversial. The book of Enoch is part of the “non-canonized” by the Church.
The name “Enoch” means “Initiate,” “Teacher,” “Wise.”
It was initiated by the Bible “God,” because “Enoch constantly followed the followers of Elohim. ” 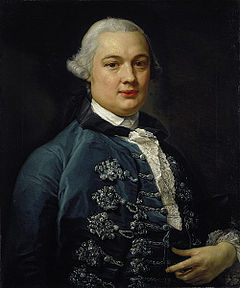 Portrait of Bruce by Pompeo Batoni.

James Bruce (1730-1794) discovered three copies of Enoch’s book during a trip to Ethiopia.
The Ethiopian Church ignored the disposition of the High Priests of the Church, and Enoch’s book thus reached “the canons of the Abyssinian Church.”
In addition, a glorious version of it was discovered.
Scientists believe that the original was written in the 2nd century BC … Among other things, in Enoch’s writings, we find reports about the so-called “sons of God” (as in the First Book of Moses), where they Were called “angels.” The decay of the sons of God (or angels) is widely reported in the Book of Enoch in Chapters VII and VIII.

But who was this Enoch, whose writings do not even fit the current religious model?
You are entitled to three attempts to guess in which part of the world we get in the case of Enoch.
Where else than in Ancient Egypt, “to the great priests of Heliopolis.”
This was none other than the Egyptian god of wisdom and culture “Thoth”, named in the Greek Hermes, alias Hermes Trismegistos.
His other names are Thauti, Surid or Saurid, Idris, Onuris and the biblical Enoch or Enoch.
For this reason, Enoch’s book is “a thorn for high church prelates.”

“… To deny the writing of Enoch’s Book by Enoch,” which existed before the Flood, “is a shame to the exegesis.
It is also a scary example of manipulating believers … They must “accept” what has already been “chewed” by others … “

Of course, it is still trying to present Enoch’s text as a vision. Everything beyond the power of understanding is interpreted as “vision”.

Enoch spent about 70 years among the people. In the other 295, he was taught and prepared by “Elohim,” to return to the people and spread the “Divine Word.”

The Book of Enoch

Enoch’s books and other non-canonized books, such as the Jubilee Book, tell interesting facts about the beginnings of the human species,
The influence of the Sons of Gods and many other “incredible” events that must have happened in ancient times at the dawn of humanity.

The birth and life of Enoch were common. Under no circumstances is any reference made to an unusual or “non-native” birth.
In the Book of Jubilees, for example, it is said that Jared and his wife, Baraka, frowned upon Enoch. Also, it was specified that “Sons of God” had special plans for Enoch:

Traditions claim that the son of Ramses II, Khamwese (Khaemweset), possessed the Thoth (Saurid, Idris, Enoch) “emerald tablets” with which he gained power over the earth, the waters, the celestial bodies, the animals’ And even death.
It seems that the dead could be invited using this book, and its effects could be manifested at a great distance.
Considering these tablets a great danger Khamwese hides them. However, these tablets are said to have been carefully copied and retained by many priests loyal to the god.

The Emerald Tablets of Thoth

The first tablet reveals the mysteries of heaven, earth, abyss, mountains, sea and animal language. The second tablet revealed the sun shining in the night sky, and the shadows of the Gods appeared around it. It is reported that after reading all the tablets, Nefer-Ka-Ptah Isis’s priest and the help of Prince Khamwese himself portrayed Toth, who had taken him. The mummy of Nefer-Ka-Ptah (mistakenly confused with a pharaoh or prince Khamwese) was buried with the book in his hands and remained so until he was found by Apollonius of Tyana.

There were dozens of different versions circulated, and there was even a time when all alchemists and magicians claimed to have copies of this book. It is interesting to note that most of them had a tragic ending with strange accidents after they told about the contents of this book.

The only palpable reminiscence about this book and / or its contents is the Judicial Papyrus of Turin, which describes a plot against the Pharaoh Ramses III Pharaoh II of the 20th Dynasty (1221-1155 BC), considered The last important sovereign of the New Kingdom, which was completed by the execution of the guilty and the burning of Toth’s cursed book. In any case, an interesting legend with some archaeological traces that prove its age.

If man does not understand something he has the tendency to say is the devil’s hand.

We Want To Believe!
How often do you look up into the night sky and wonder just how many stars, planets, galaxies, and more are out there? What is it about deep space that so ignites our collective imagination? ARE WE ALONE?

Latest posts by The Others (see all)

Enoch and the Great Pyramid