By MalcolmM
1 month ago1 month ago
5views
0
ShareTweetSubscribe
, 0 points 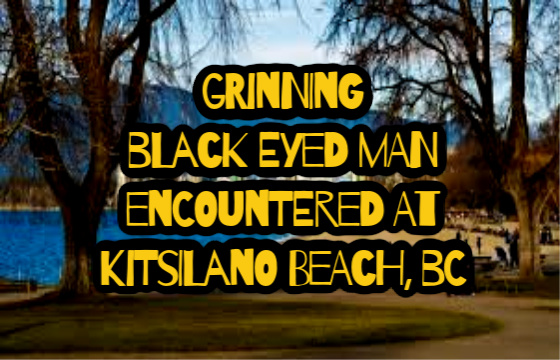 A young woman has a terrifying encounter with a grinning black eyed man on Kitsilano Beach in Vancouver, British Columbia. She was so frightened that she called her boyfriend to come get her.I recently came across the following account:”It was the summer of 1986, and I had just graduated from high school. I was living in Vancouver BC, and a girlfriend and I spent the afternoon at Kitsilano Beach, suntanning. She had to leave early for work, so I stayed on at the beach alone. It was around 4:00 pm, and I was hungry. I walked up the beach over to an area called ‘Spanish Banks.’ There is a concession stand there. It had a long line up (it was Expo86, so we had a ton of tourists that summer, and the beach was packed). I placed my order, but was told that it would be a 15 or 20 minute wait for my food.I perched myself on a bench and proceeded to wait. For some reason, I looked across the street (the concession stand is adjacent to the road – a narrow two lane road, not the best for beach traffic, and the other side of the road is forest-called ‘the UBC Endowment lands, attached to the University). There was a guy walking down through the forest – which was also a steep hill. There is no sidewalk below, and it was a really dangerous place to try to cross the street. Not only that, it was an odd place to come out of – imagine a steep hill with lots of bushes and trees going straight down to a curb, and then a busy street!). The second that I saw this guy (and I was far away at the concession stand), I had that gut wrenching fear that everyone describes when encountering something bizarre. Even though he was far away, I could tell that he was grinning maliciously, and that he was fixated on me!He crossed the street, grinning. At that moment, there were no cars, so he got across easily. He made a beeline straight to where I was, and went and sat on a bench across from me (I am not good at distances, but let’s say 10 or 15 feet away). He was First Nations. A little bit older than I was-maybe 19 or 20. He had medium length hair, and was wearing a white t-shirt and a red flannel shirt over it, unbuttoned. He was wearing jeans, I can’t remember his shoes – runners of some kind. He was fairly attractive, but utterly evil. Malicious was the word that kept going through my mind.Now, his eyes. They were black. No whites could be seen. But they were not shiny. His were dull. The way that I described it to my boyfriend later, was that they looked like ‘scratched black plastic.’ They also gave me that feeling of when you look into a microscope or binoculars and you can kind of see your own eyelashes squished against the lens, and it’s almost spider like. His eyes, and his everything frightened me like nothing else ever has.He sat there grinning at me. He knew that I was terrified, and I knew that I had to pretend that I wasn’t. I felt totally alone, even though there were tons of people around. No one else seemed to notice anything amiss. I felt as though knowing that this person existed made me hate being alive. This world would never be safe if things like him existed. I sat there acting totally normal on the outside, trying to keep it together because it seemed instrumental to my survival (I had no idea what this thing would do, but I felt as if my life was in danger).My food was ready for pick up. I got it, and then proceeded to go over to a pay phone, and I kept my back to him and phoned my boyfriend. I told him to get the f*ck over to Spanish Banks because there was a really scary guy here and I didn’t know how to get away. After my boyfriend hung up, I stayed in the phone booth, pretending to talk to someone. At some point, I had to get off – maybe someone wanted the phone. I then sat back on my bench, and he stayed, grinning. A minute or two before my boyfriend got there, he got up and sauntered away, down the beach. When my boyfriend got there, he wanted to go after him. I grabbed his arm hard and told him that we had to get out of there NOW!! I could not explain properly to my boyfriend just how terrifying that experience was. I still can never explain it properly. It was scarier than a murderer. It felt as though if this thing could do something to you, it wouldn’t just end your life. It would do something that would destroy or torment your soul forever.” FH

I sincerely ask that you consider supporting Phantoms & Monsters through a donation. Yes, I do receive some funds through books and advertising. But it is far from enough to cover expenses, especially since Amazon.com and other affiliates have lowered royalties and CPM because of the Covid-19 lockdown.If you are interested in helping out, you can use the PayPal donation buttons on the blog and newsletter or go directly to PayPal.com and use my email lonstrickler@phantomsandmonsters.com as the recipient. You can also make a donation through Facebook Messenger. Thanks for your continued support. Lon

The launch of our newest project has begun! ‘Beyond Explanation’ is a collection of first-person encounters, directly from the pages of Phantoms & Monsters. Please subscribe & feel free to distribute to your friends and other paranormal enthusiasts. The Facebook page can be found at Beyond Explanation on Facebook – Thanks for your help. I hope you enjoy! Your comments are welcomed. LonPLEASE NOTE: The Arcane Radio YouTube uploads are being moved to the ‘Beyond Explanation’ channel. You may want to subscribe to ‘Beyond Explanation’ so that you don’t miss an episode. Thanks.

Would your paranormal / cryptids group like to become an affiliate of Phantoms & Monsters Fortean Research? By becoming an affiliate investigative group, we can forward reports to you from your area in which none of our team can physically investigate. If interested, send me an email at lonstrickler@phantomsandmonsters.com. The member / affiliate list can be found at Phantoms & Monsters Fortean Research Team / Affiliate Groups. Thanks. LonClick Here For Lon’s Suggested Reading List – Books & Films / DVDs 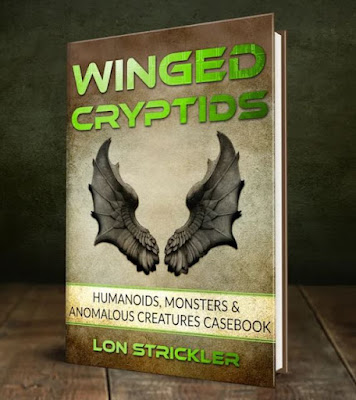 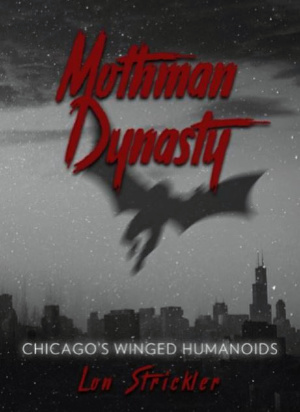 ———-This newsletter is licensed under a Creative Commons Attribution-Noncommercial-No Derivative Works 3.0 United States License.Disclaimer:The publication of any and all content e.g., articles, reports, editorials, commentary, opinions, as well as graphics and or images on this web-site does not constitute sanction or acquiescence of said content unless specified; it is solely for informational purposes.Fair Use Notice:This site may contain copyrighted material the use of which may not be specifically authorized by the copyright owner. We are making such material available in our efforts to advance understanding of environmental, political, human rights, economic, democratic, scientific, social justice, and religious issues, etc. We believe this constitutes a ‘fair use’ of any such copyrighted material as provided for in section 107 of the US Copyright Law. In accordance with Title 17 U.S.C. Section 107, the material on this site is distributed without profit to those who have expressed a prior interest in receiving the included information for research and educational purposes.You understand that all Content posted on, transmitted through, or linked from the Phantoms and Monsters Site, are the sole responsibility of the person from whom such Content originated. You are responsible for all Content that you post, email or otherwise make available via the Phantoms and Monsters Site. Phantoms and Monsters does not control, and is not responsible for Content made available through the Phantoms and Monsters Site. By using the Phantoms and Monsters Site, you acknowledge that you may be exposed to Content from other users that is offensive, indecent, inaccurate, misleading, or otherwise objectionable.Please Note:On this day, November 27, 2014, in accord with 15 U.S. Code Chapter 107 – Protection of Intellectual Property Rights, I declare that my rights are attached to all personal data, voice recordings, photos, art, text, titles, etc. published or reproduced at any media source. For commercial and/or recreational use of the foregoing my written consent is required at all times. By this release, I tell all unauthorized person and/or parties that it is strictly forbidden to disclose, copy, distribute, broadcast, or to take any other action against me on the basis of its contents. The actions mentioned above apply equally to employees, students, agents and/or other staff under the direction of the offending parties. The contents of my profile include private information. The violation of my privacy is punished by the law (UCC 1 1-308 – 308 1 -103 and the Rome Statute) NOTE: Any use of witness information, which includes any attempt to contact a witness or persons involved in an event, is strictly prohibited without the written consent of Phantoms & Monsters.© 2005-2020 Phantoms & Monsters – All Rights Reserved

This cop is peddling QAnon, coronavirus conspiracy theories on his...

From Amazing To Downright Scary, These 30 Design Decisions In...