By MalcolmM
1 month ago1 month ago
1view
0
ShareTweetSubscribe
, 0 points 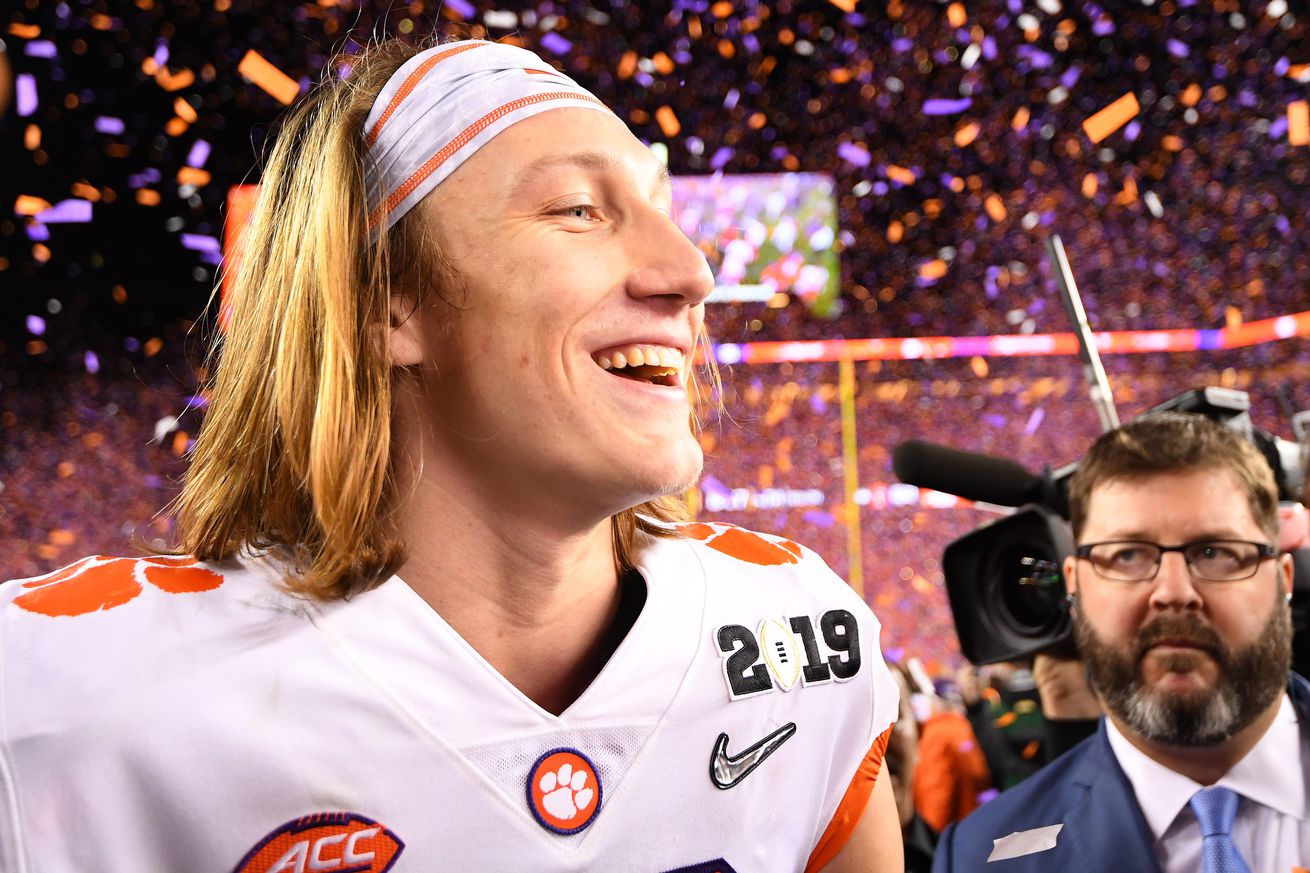 This is how the college football rankings will work during a season compromised by the pandemic.

The 2020 College Football season is going to be memorable for all the wrong reasons. Decimated by concerns over Covid-19, a vast number of the best teams in the sport won’t be playing this fall, instead hoping to perhaps hold some kind of competition in the spring. How that will work is currently unknown, but what we do know is how the rankings system will operate for the small field continuing to play, and it’s going to be weird.

This week the first rankings for the 2020 season will be released, and at first glance they’ll look largely the same as past years. After one week of play things are going to get weird.

What is happening with the rankings system?

The initial rankings will be determined exactly how it has in the past. Every team will be considered, making the initial rankings a snapshot of how the 2019 season ended. It’s widely expected that Clemson will be No. 1, with Ohio State, LSU and Alabama shortly behind. This will be the last ranking with any sense of normalcy.

Voters are being asked to take non-competing teams out of consideration beginning Week 2. This means that no Big 10 or Pac 12 teams will be ranked (among others). Quickly the rankings will shift from being representative of the entire sport, and turned into a ranking of just those playing — which makes sense, but will also be profoundly strange. A constant reminder that the 2020 season will not be a normal one.

Who will naturally disappear from the rankings?

It’s tough to know for sure what the rankings would look like, should these top teams still be playing in 2020 — however we have a pretty good idea of how many slots in the Top 25 would open due to play being postponed at numerous schools.

A total of 10 schools who finished 2019 ranked in the AP Top 25 will no longer receive recognition, including:

Who stands to benefit from the rankings change?

Obviously the major conferences still playing will see the biggest boon. The ACC, Big 12 and SEC are positioned to make major gains in rankings due to the teams leaving. North Carolina, who was ranked Top 20 in preseason polls. could become a Top 10 team after a week due to the adjustments, with Texas and Texas A&M potentially making the Top 5.

Of course there will be asterisks associated with any of these teams, and plenty of questions about whether they “deserve” to be ranked so highly because of teams falling out of the rankings by default, but nonetheless it will lead to the perception that the SEC is completely dominating the sport. There is a very real chance the SEC could have as many as seven teams in the Top 10, and remain there for some time due to scheduling.

However, this also opens up chances for surprises.

For teams who feel like they’re constantly overlooked by voters, the condensed rankings lead to more chances for recognition on a national level. There remains a very real chance for a team to make a USF-like push to the top of the rankings due to their play, garnering the program long-standing recognition, which in turn will help with recruiting.

So while 2020 may not truly be indicative of which teams are the “best” in football, it will be refreshing to see the system shaking up — and one where voting variety may be broader than ever, even with a condensed field.

We still don’t really know how this season will play out.

Everything remains up in the air. Even under the assumption the season will begin is planned, and considering the ACC, Big 12, and SEC’s adamant belief they will play as normal, it remains to be seen whether that will actually take place.

Beyond the ever-present threat of potential coronavirus clusters exists a wider movement inside college football towards player empowerment. This could lead to more players choosing to opt out of the season, especially if conditions worsen. This could drastically change the complexion of the season, and all it takes is a key player on a ranked team to decide the risks are too great and everything could be turned on its head.

It remains to be seen whether the NCAA will extend eligibility to players who elect to sit out of 2020 over virus concerns. Players are fighting for a right to keep their eligibility, but it’s yet another unknown in an already bizarre situation.

So when the dust settles, what happens?

Assuming the season is actually played without any further postponements of delays, we should see a fairly predictable end to the season. Should the College Football Playoff continue as planned here’s how I see it ending up:

Whoever wins the National Championship will forever have as asterisk next to the title. Perhaps not literally, but in the minds of fans who will remember that 2020 was not a normal season, during a surreal year, in the midst of one of the most-bizarre periods in our lives. Now we just wait to see how everything will occur.

How college football’s AP poll will work this fall

Rude Couple Show Their True Colors In Letter To Elderly...