By MalcolmM
2 weeks ago2 weeks ago
4views
0
ShareTweetSubscribe
, 0 points 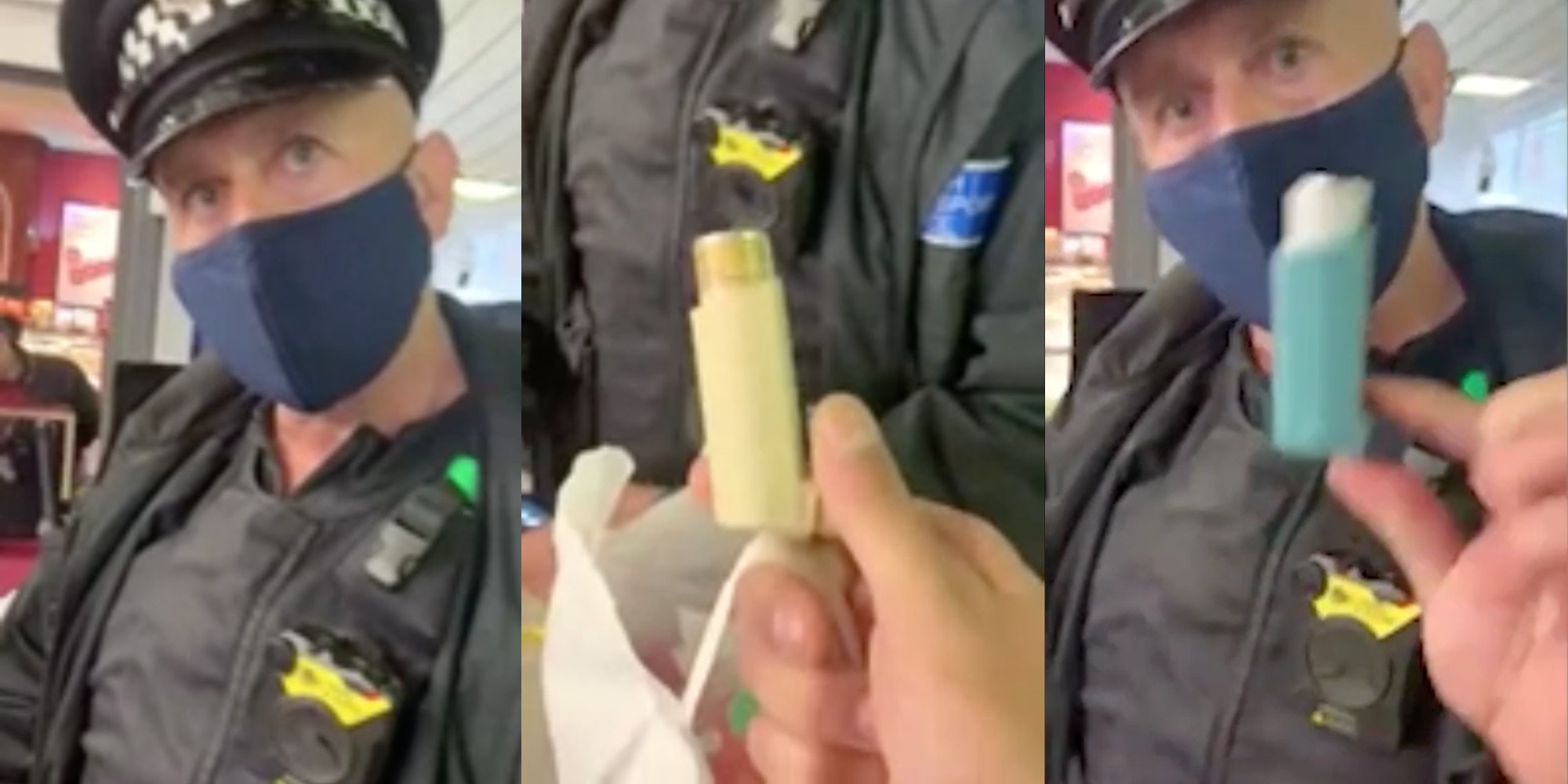 A man in the U.K. who was confronted by police for not wearing a mask claimed he was unable to cover his face due to asthma. But the officer who confronted him, who was wearing a mask himself, called the man out by revealing an inhaler of his own.

Footage of the incident, filmed by the maskless man, was uploaded to Reddit this week and has since gone viral.

As the footage begins, the man attempts to show police his inhaler after being questioned over his lack of a face covering. The officer, clearly unimpressed, pulls out his own inhaler in response.

The man, who was allegedly wearing headphones when approached by police, goes on to accuse the officer of assault for touching him to get his attention.

The man then refers to himself as a “sovereign being,” suggesting that he can exempt himself from the laws of society at will.

The conversation continues to go in circles as the man repeatedly asks why he’s being detained despite the officer’s mention of rules regarding masks. The frustrated officer goes on to call the man a “smart ass.”

Despite claiming to have an issue with being stopped, the man refuses to leave once the officer asks him to leave.

“You need to grow up, mate,” the officer says.

The majority of users online appeared to side with the officer, even accusing the man of being a “Karen” for his public freakout.

“These people are the worst kind. I have BAD asthma. Like take a preventer twice a day kind of asthma and I can still wear a mask with no issues,” u/Mauledbysilk wrote. “Also asthmatics are so much more high risk with Covid so don’t be an idiot, wear a mask for your own safety and everyone else’s!”

The video is just one of countless in which anti-maksers are witnessed causing a scene in public over simple face coverings.

The post Man tells cop he can’t wear mask due to asthma—cop pulls out own inhaler appeared first on The Daily Dot.