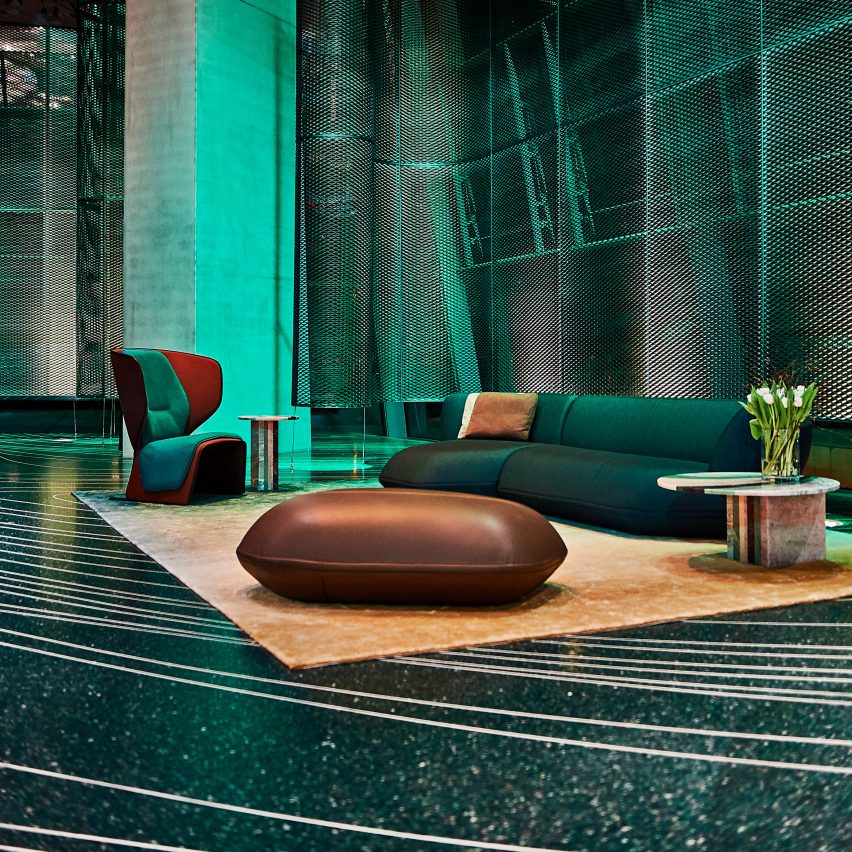 Spanish designer Patricia Urquiola has fitted out the BMW Welt exhibition space with a swirling blue and green terrazzo floor, created by flooring brand Aectual within a 3D-printed frame.

The space was inspired by the colours of the car company’s M8 Gran Coupe concept car, which according to BMW “recalls the colour gradients of the mystic and poetic Northern Lights”. 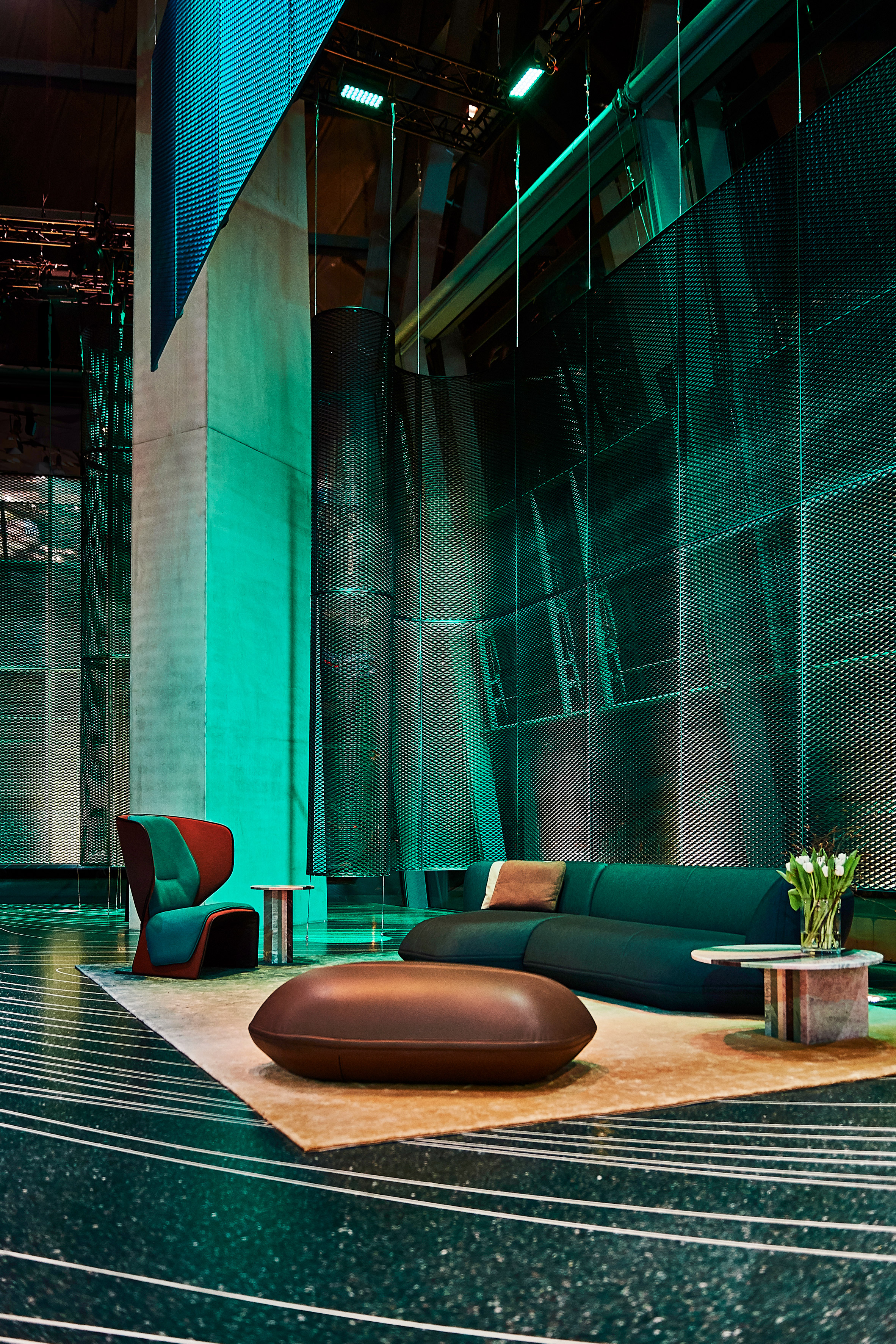 Urquiola took photographs that the automobile maker had taken of the concept car against a shimmering green frozen lake as the starting point for her installation. 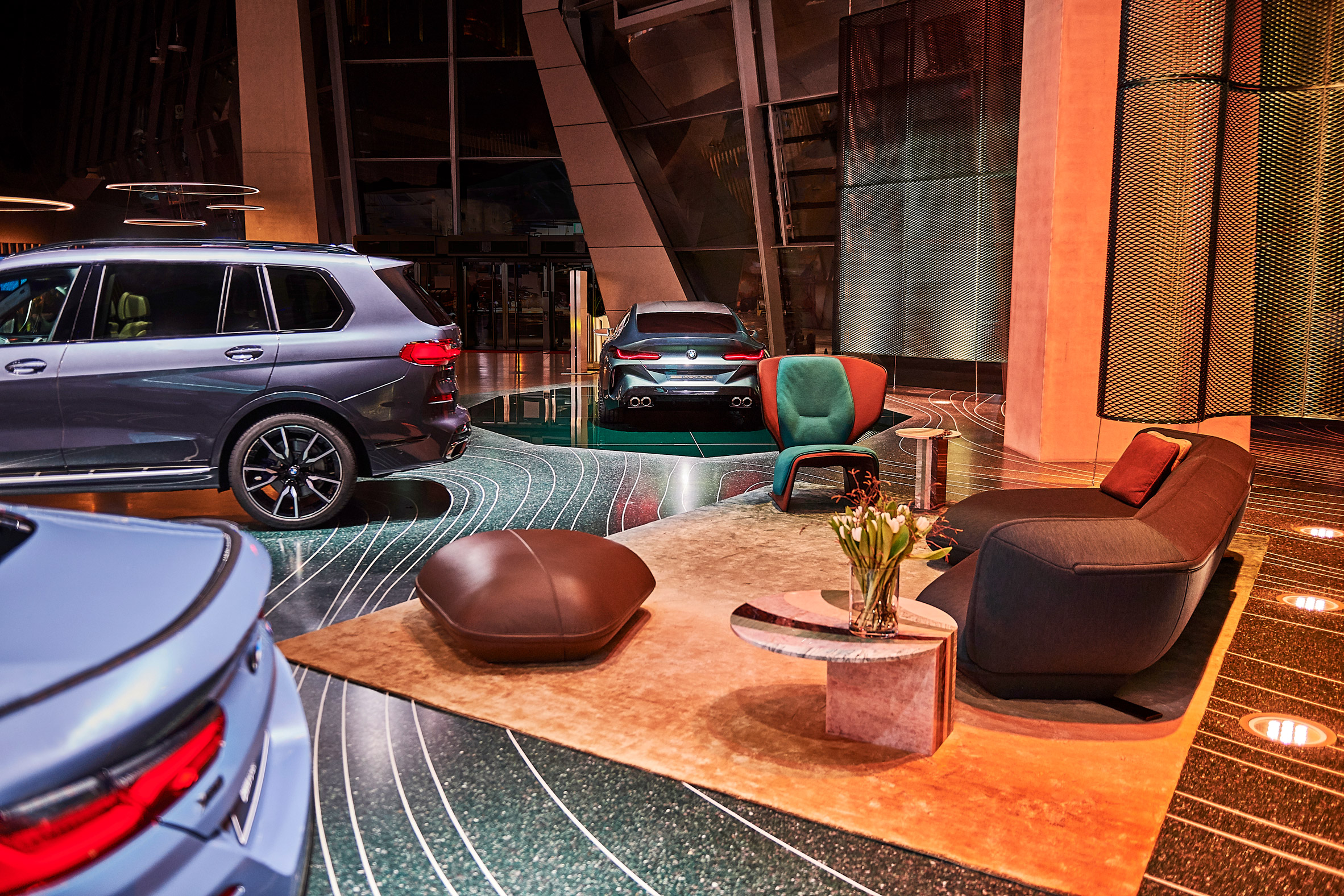 The space has cars and lounge areas, featuring original artworks by Urquiola, on top of a bespoke floor.

The 322 square-metre floor was designed by Urquiola and produced by specialist design-tech flooring brand Aectual. The company uses robotic technology to 3D-print a bioplastic frame a couple of centimetres tall.

As well as traditional geometric patterns, the 3D-printed frame allows for freeform shapes that appear to be hand-drawn, such as Urquiola’s swirling designs.

This frame was transported to the location where the floor was laid, where it was filled with a mixture of chips of marble in a bio-based binding agent. The terrazzo then set, and was polished to create the finished floor. 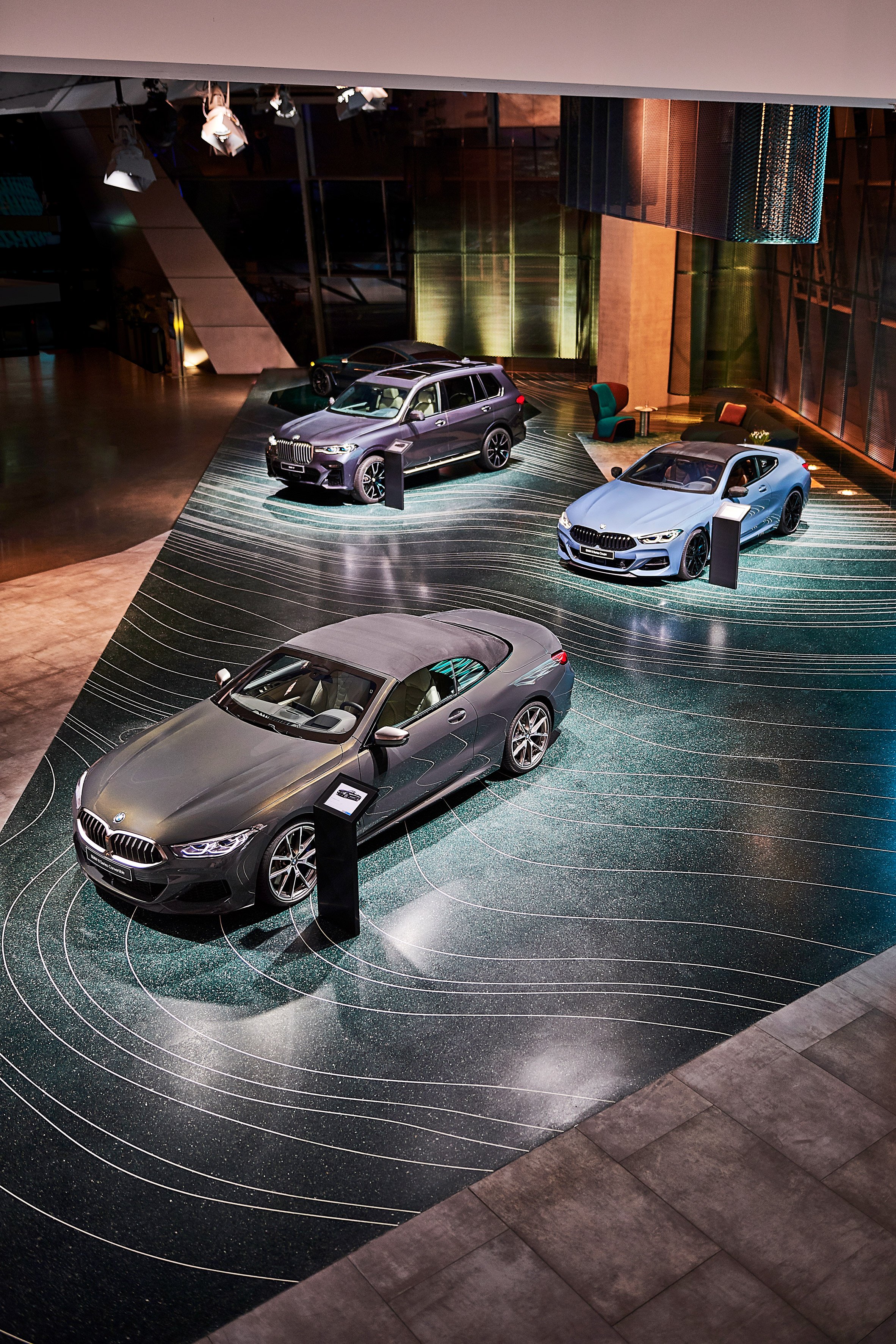 “I liked the idea of applying a fresh technique to create what you might call new territory within the space,” explained Urquiola.

“I used these filters in the metal mass [of the building] to incorporate a kind of movement. It was a totally new and exciting way of thinking about a space for me.” 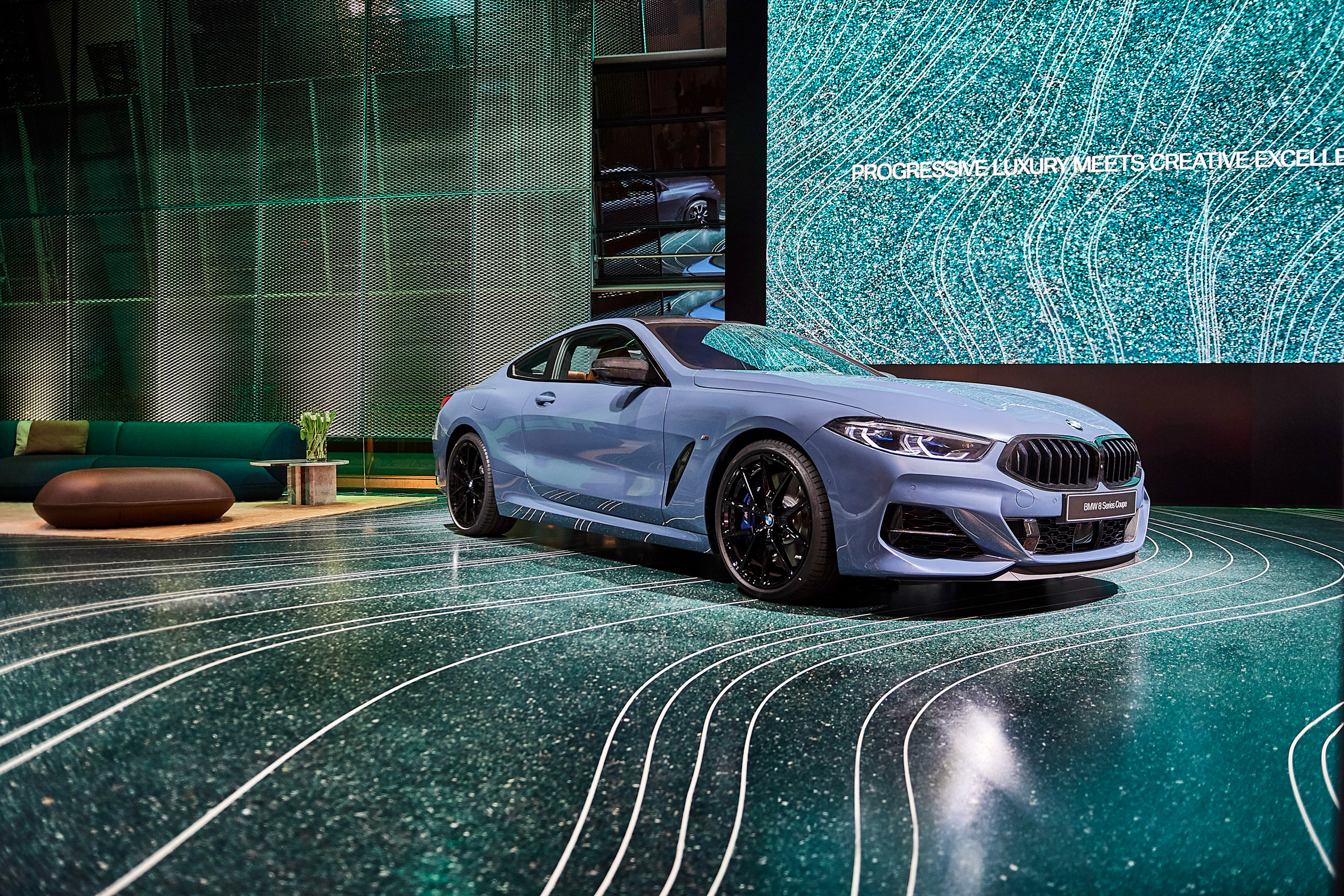 The car company will use the space, which is across the road from its museum and shop on the outskirts of Munich, to showcase the BMW 7 Series.