By MalcolmM
1 month ago1 month ago
33views
0
ShareTweetSubscribe
, 0 points 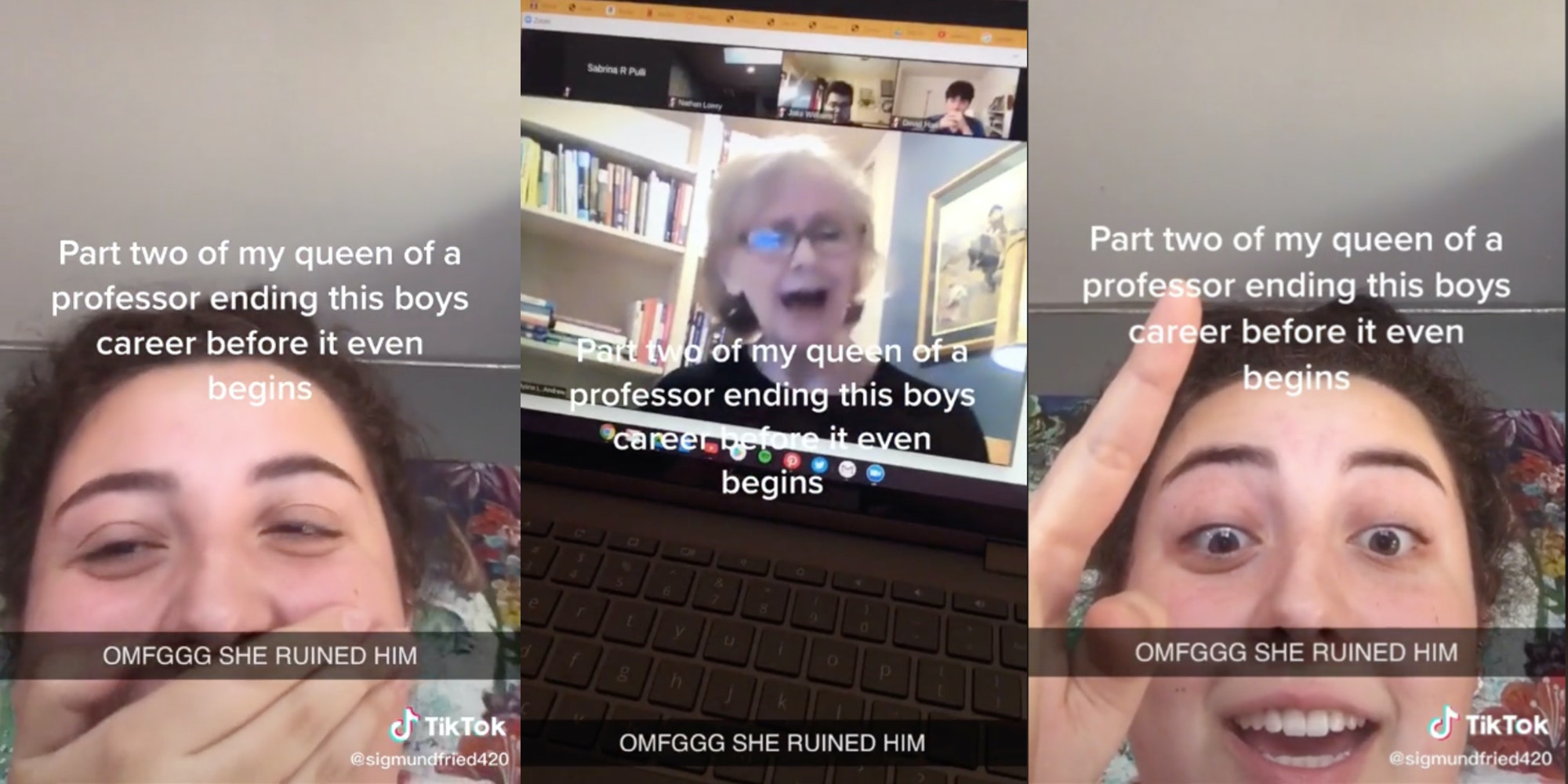 People on TikTok are absolutely living for a blunt college professor who was caught on video calling out a student’s misogyny.

Temple University Professor Mylina Andrew was teaching a human sexuality course when the virtual class clown interjected with inappropriate comments, or as the poster put it, “dumb shit,” about women’s bodies.

Before going in on the student, the professor made sure the student, Omar, was still logged into the class and could hear her.

“So let me start out with the one comment, Omar, and I wanna make sure you’re still there and hearing me. You said, and I quote, ‘I can say whatever I want and I don’t give a fuck how you feel,'” she begins.

“Well, guess what, Omar? You cannot say whatever you want in this classroom, and I do give a fuck,” the professor says.

Sabrina Pulli, the student who posted the viral video was in utter disbelief throughout the whole exchange, which she posted in a two-part series on TikTok. The videos quickly racked up more than 7 million views, and fans of the professor began calling themselves the “Mylina Hive.”

The professor continues in the second clip, captioned “Part two of my queen of a professor ending this boys career before it even begins.”

“Let me make it perfectly clear to you that women do not thrive on dick. It just doesn’t work that way,” she says, apparently referring to the student’s previous comment. “I happen to be older than any of you and have a whole lot more experience sexually than anyone in this class, and I can tell you that I can live without penis.”

“I can have a really happy life, if that be the case. But to say that a woman is being irritated—or whatever the insinuation was—because she’s ‘not getting enough dick’ is misogynistic,” Andrew says.

People in the comments immediately started stanning the professor, calling her a queen and asking for her CashApp info.

In a reply, Pulli said Andrew is the best professor she’s ever had and that the clapback to the student was a long time coming.

“She took so much shit from this kid from the first day of our class so it was time. Handled with class,” Pulli wrote.

As a number of people commented, the student doesn’t seem like he is or will be acing the human sexuality class.