By MalcolmM
6 months ago6 months ago
5views
0
ShareTweetSubscribe
, 0 points 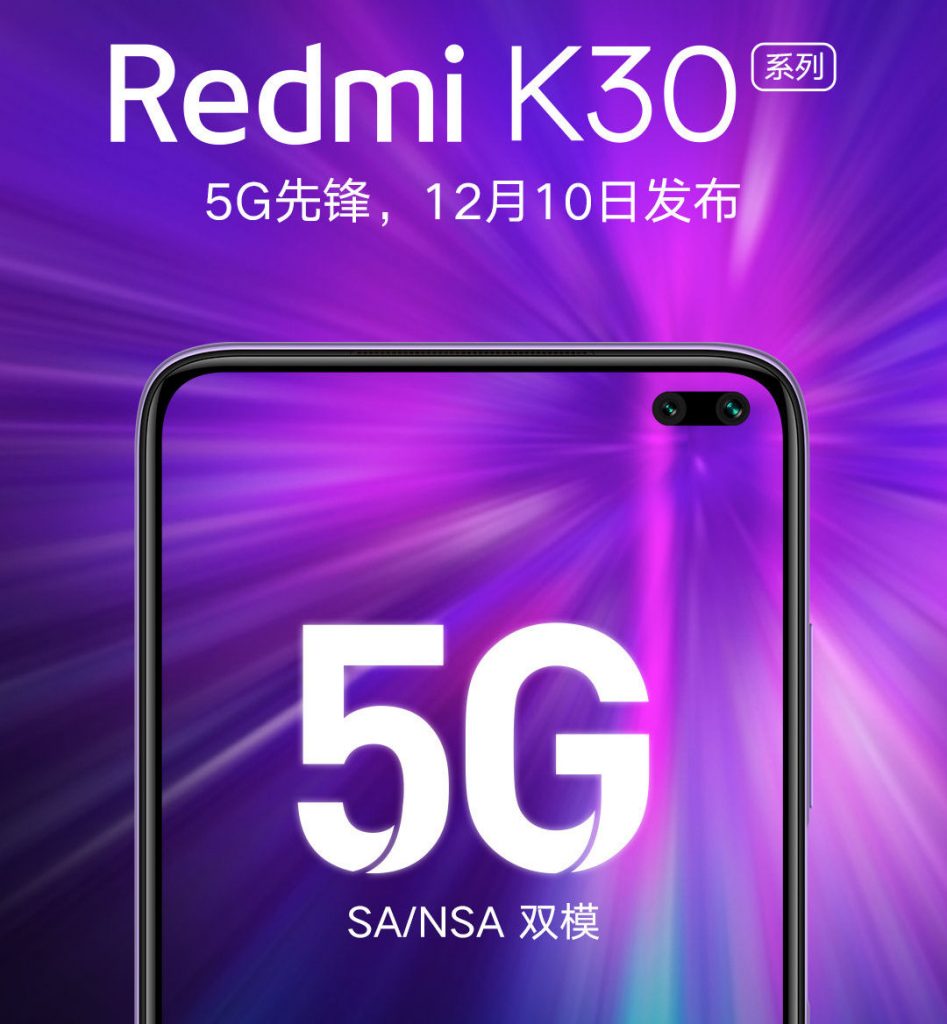 After teasers, Xiaomi’s Redmi brand has confirmed that the Redmi K30 series of smartphones will be introduced in China on December 10th. The invite once again confirms punch-hole display for dual selfies cameras, and support for 5G stand alone and non-stand alone (SA/NSA) sub-6GHz networks. These are the successors of K20 and K20 Pro that were introduced in China back in May this year, so the company is following 6-month upgrade cycle.

Qualcomm already announced expansion of 5G support for older 7 Series and 6 Series in 2020, so the K30 could use Snapdragon 6 or 7 series 5G Mobile Platform.