In Vancouver, British Columbia, Mara Soriano was moving when she had items stolen from her backpack. The items were important documents, an iPad, and the most important, a teddy bear. This wasn’t just a teddy bear, it was special. The bear had a voice recording of Soriano’s late mother, who had passed away in 2019.

Safe to say, it was irreplaceable.

Soriano told CBC, “At hospice her voice was different. Much softer. Not the mom I grew up with. That bear is the last memory I have of her speaking in her normal voice.”

Anyone else’s eyes getting a bit (or a lot) misty?

We’re just so happy to find out this heartbreaking tale does have a happy ending. Read on to see the full story:

1. The news of the stolen bear when viral on July 26th.

Mara Soriano is desperately seeking this teddy bear stolen in Vancouver's West End. It has a final message from her mother, Marilyn, who died of cancer in 2019. Mara shared this video with @cbcnewsbc pic.twitter.com/GJYLu7QjK1

— Liam Britten (@liam_britten) July 26, 2020 2. it even managed to grab the attention of Ryan Reynolds, who then used his platform to help contribute to finding the stolen bear by offering a $5,000 reward.

Vancouver: $5,000 to anyone who returns this bear to Mara. Zero questions asked. I think we all need this bear to come home. https://t.co/L4teoxoY50

— Deborah Goble (@CBCDeborahGoble) July 28, 2020 4. There was also recorded surveillance that was released: 5. A few days later, two men found the stolen bear and returned it to Soriano, claiming they took the teddy bear from the man who originally took the bag.

We went into the newsroom and Dan shot this video. 2 men brought the bear to the CBC lobby. Mara and I were there. The happy ending we all needed. https://t.co/ObV9uk3NVG

— Deborah Goble (@CBCDeborahGoble) July 29, 2020 6. In the end, Soriano was reunited with her late mother's voice recording (which was reported safe and soung), and that's all that truly matters. 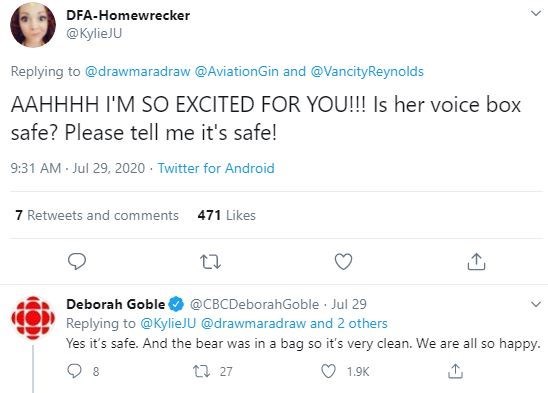 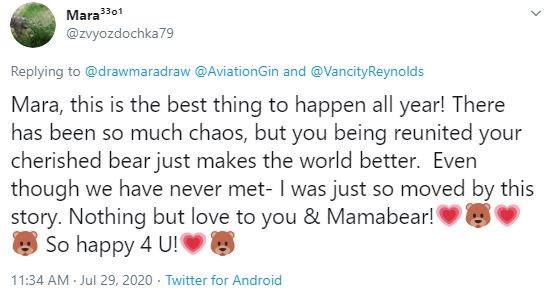 InterDigital files patent infringement cases against Xiaomi over cellular and...