By MalcolmM
3 months ago3 months ago
3views
0
ShareTweetSubscribe
, 0 points 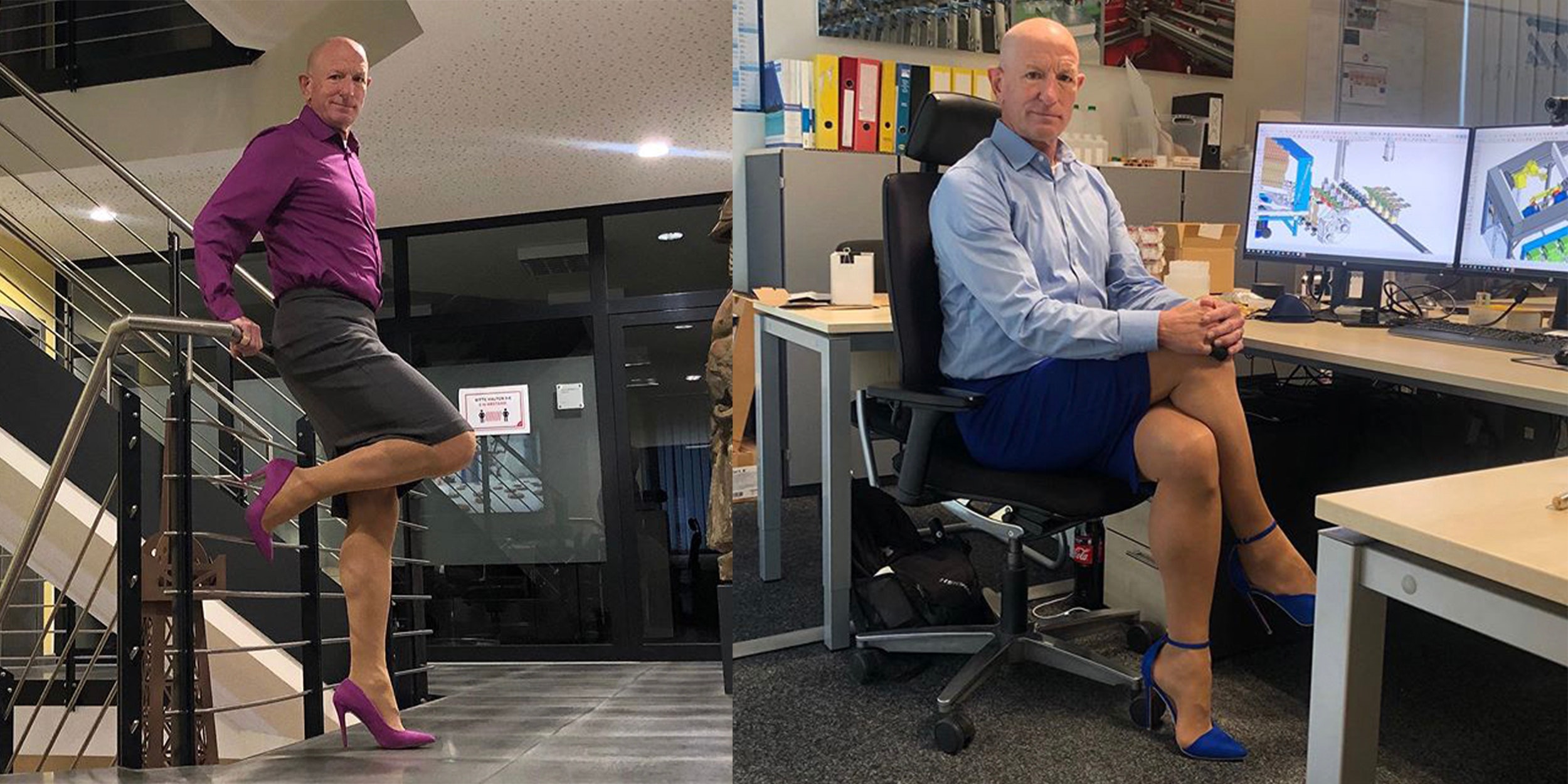 An older German man is going viral on social for his choice of corporate wear. The influencer, whose Instagram username is @markbryan911, is gaining popularity on multiple social media platforms for pictures of him wearing polo shirts and button-ups with color-coordinated skirts and shoes.

“I am just a normal, happily married, straight guy that loves Porsche’s, beautiful women, and likes to incorporate a skirt and heel into his daily wardrobe,” Mark wrote on an Instagram post that has since gained over 23,000 likes.

His page, which was created in February, features many photos of him wearing high heels and skirts and has nearly 100,000 followers.. Landmarks and signs seen in the photos indicate that he lives in Germany. His captions proclaim that “gender and clothing should have no gender.”

“Joking with some guys below about them looking up my skirt,” Mark captioned a post featuring him in a red and black skirt and heel combo.

Many on social media are praising his style and fashion choices. “I have found my new favorite account,” one Twitter user said. “He is EATING the girlies UP!!!!!”

I have found my new favorite account. He is EATING the girlies UP!!!!! pic.twitter.com/Tw6BU6t1bU

markbryan911 is the only cis straight man worth following on instagram. Take notes https://t.co/XSkUdrVkvp

Others praised him for subverting gender norms in clothing. “It is only those who profit from ever changing fashions by the lucrative, powerful, opinion forming, and incidentally planet destroying, fashion industry which decrees [gender norms] they do,” one user commented.

Markbryan911 is right: "Clothes and shoes should have no gender."
Indeed they don't.
It is only those who profit from ever changing fashions by the lucrative, powerful, opinion forming, and incidentally planet destroying, fashion industry which decrees they do. @XrFashionAction https://t.co/Tkxuddnoy1

The post This Instagram influencer is just a ‘normal straight guy’ who loves to wear heels and skirts appeared first on The Daily Dot.

Western Digital My Passport SSD with up to 1050MB/s read...