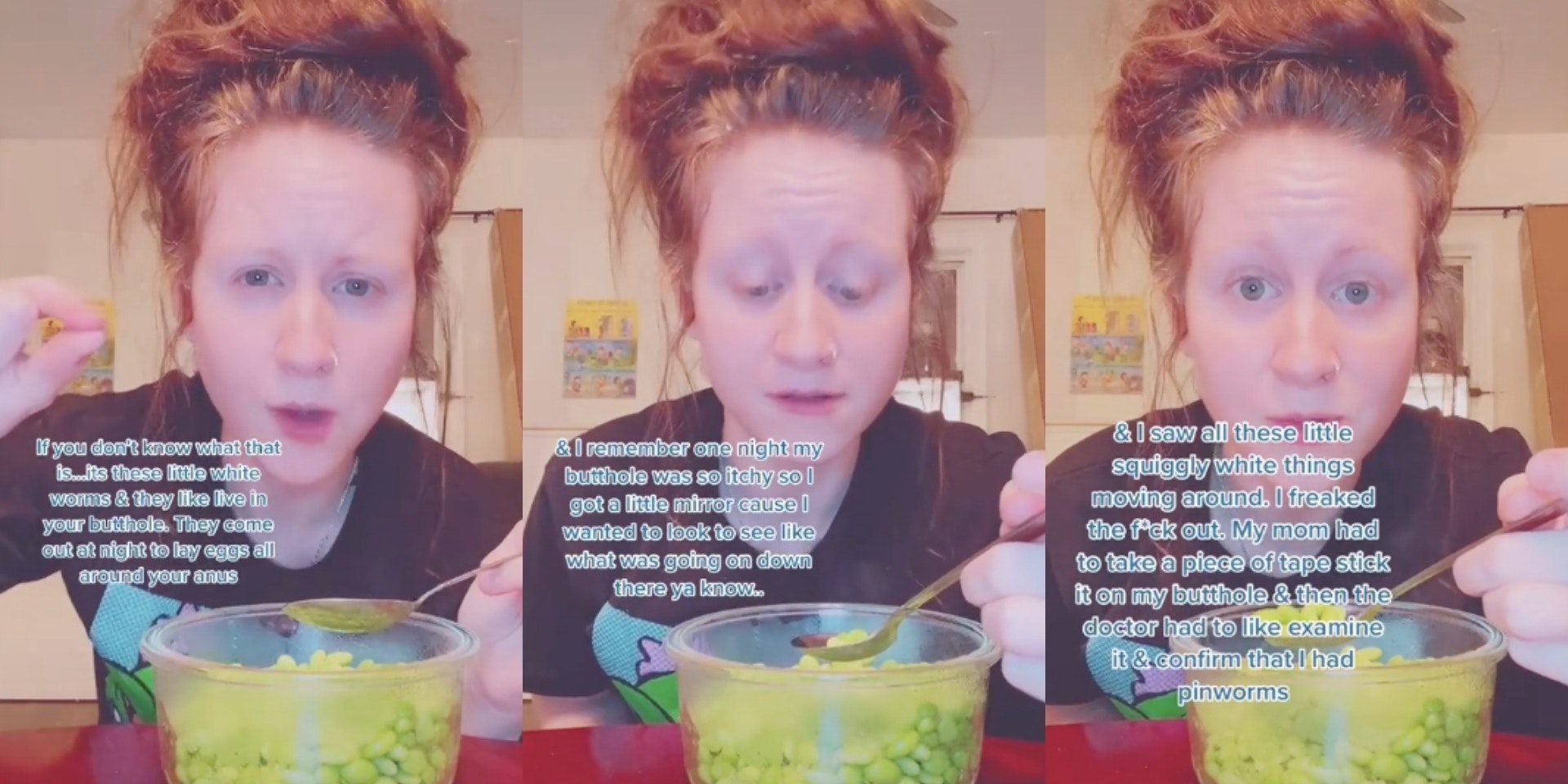 Medical TikTok has a powerful presence on the short-form video app, with some viral videos dispensing bite-sized chunks of information that can keep you healthy. Others, like this woman’s horrifying story of contracting pinworms as a kid, will make you want to put your phone in the driveway and back over it with your car.

Are you feeling woozy yet? No? Then by all means, continue watching @hoopdolphin’s video, which tracks with all the information listed on Healthline. Between noisy bites of edamame, @hoopdolphin describes pinworms as “these little white worms and they like live in your butthole. They come out at night to lay eggs all around your anus.”

“I remember one night my butthole was so itchy, so I got a little mirror ‘cause I wanted to look to see like what was going on down there,” she continues. “And I saw all these squiggly white things moving around. I freaked the fuck out. My mom had to take a piece of tape, stick it on my butthole, and then the doctor had to like examine it and confirm that I had pinworms.”

Spoiler alert: She had pinworms.

After being diagnosed with the intestinal infection, @hoopdolphin was prescribed medication to kill the pinworms. She recalls “sitting on the toilet, like crying, like so scared to shit because when I did shit all the dead worms were like in my poop.”

“It was traumatizing,” @hoopdolphin concludes, a sentiment that viewers can share. “Do not recommend getting pinworms. Wash your hands, people.”

There you have it, folks. In case the fear of contracting COVID-19 this year hadn’t already incapacitated you, you can now add pinworms to your list of terrifying medical maladies to avoid at all costs.

Does anybody else feel itchy?

How 180 Performance Center Uses Technology To Fast Track Their...

My Must Have Equipment for an Amazon Business